Would you buy a Coke from this Man? 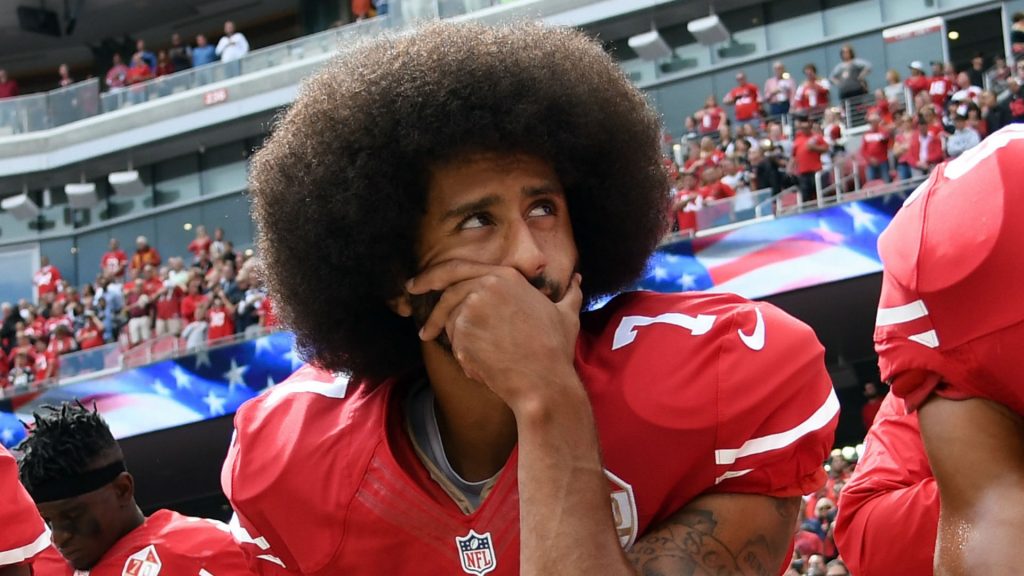 As of this writing, the 2017 NFL season is well underway — and Colin Kaepernick is still unemployed. Clearly superior on the field to many of the 64+ NFL QBs currently earning paychecks, the anthem-kneeler is apparently too controversial for the league’s top brass — though they don’t seem to have the same problem with domestic abusers, sexual assaulters, drunk drivers, drug cheaters or air pressure manipulators.

Kaepernick — this close to winning a Super Bowl ring, and only recently one of the game’s most marketable stars, selling for Nike, Beats by Dre and Jaguar, among others — is now too polarizing to even pitch a spiral. A marketer today would have to be crazy to sign him to an endorsement deal, right?

True, if you’re Coca-Cola, McDonald’s, Visa or most any other major, well-established brand, you risk alienating a significant percentage of your customer base by aligning with a controversial athlete like Kaepernick. And given the current political state of our country, it appears this controversy isn’t going away anytime soon.

But what if you’re a brand new fashion or cosmetics company, looking to make a splash with a Time Magazine cover boy whose physique’s been featured in an ESPN Magazine Body Issue. Or you’re an up-and-coming sports performance brand who could use the hard-working athlete in a dramatic “If the call comes, I’ll be ready” training campaign. Or you’re Ikea and might consider running an ad for your full line of seating products, headlined “Why kneel when you can sit?” (Okay, maybe a “no” on this one.)

Of course, the best way for a controversial jock to get back into the public’s — and Madison Avenue’s — good graces, is to play well and win, win, win. You know how we love our winners in America.

Maybe a company like Rakuten has the right idea. They’re paying the  extremely winning Golden State Warriors a whopping $20M a year to display their logo on a 2.5-inch patch on the NBA Champs’ game jerseys. Funny, that’s about the same yearly sum that Nike will reportedly pay RusselI Westbrook for the next 10 years to promote their Jordan Brand.

Are these deals worth it? For Nike, it’s a long-term partnership with a highly visible personality who’s not only a superstar on the court, but a fashion icon off — coolly representing a product line named after a legend who most call the best ever, but one that today’s teen demographic probably never saw play live.

As for Rakuten, the Japanese tech holding company is hardly a household name in the US, and will surely benefit by associating with arguably the world’s hottest sports franchise right now. And because it’s a team deal, not an individual player sponsorship, Rakuten doesn’t have to worry about a misbehaving or overly-political jock blowing their investment.

But total Warriors domination could get old real quick for non-Bay-Area fans. Rakuten could be investing in a team that a growing number of people consider an evil empire.

And even if Westbrook should win the next five consecutive NBA titles and MVPs, what if he, heaven forbid, starts kneeling for anthems?