It shouldnt have been such a big story.

But because ones sexual orientation is a hot button in America, and because professional sports is well behind the social tide in the acceptance of gays in the workplace, Jason Collins coming out as the first openly gay active male athlete in a major team sport was a monumental event. 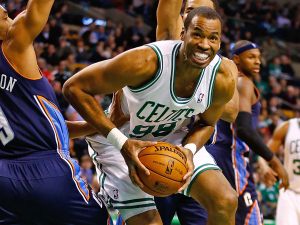 It not only turned a largely-unknown, lower-tier NBA player into a household name, hero and role model, it may have also turned him into a highly bankable commodity. With the buying power of the LGBT demographic estimated at nearly $800 million, theres no shortage of companies that may be interested in linking their brands to Collins aura.

I talked to a number of media outlets on the marketability of Collins, and heres a sampling of the coverage:

Adweek:
On a pure advertising level, his only known sponsor, Nike, seems like the perfect company to push the Washington Wizard center’s courageous public stance as an opportunity to further solidify the brand’s recent history of supporting gay rights. Last week, Nike signed WNBA rookie Brittney Griner to what’s reportedly a big contract only days after she stated her homosexuality. And 10 months ago, the sneakers giant held its first-ever Nike LGBT Sports Summit in its Portland, Ore., hometown.

Bob Dorfman, a creative director for Baker Street Advertising and a sports marketing analyst, expects Nike to run a commercial highlighting Collins with tasteful, matter-of-fact ad copy. “They could run a spot where they interview other athletes who support him,” said Dorfman. “They have to be careful not to make this a hard sell. They don’t want to make this out to be some gigantic thing. The attitude needs to be, ‘This is actually not that big of deal. Its time has come. There will be more gay athletes coming out. It’s just the beginning.'”

Because of the timing with Griner, Dorfman said, it’s plausible that they’ll both be a part of an equality-minded Nike campaign soon. “It could be, ‘Just Do It,'” he said, pointing to the brand’s famous tag line.

Marketing experts say while Collins has never appeared in a Nike ad as part of his endorsement deal, there’s now a much greater probability that he’ll do so.

“I don’t think he’s going to be a major spokesman, but he could certainly earn seven figures off of this,” said Bob Dorfman, author of the Sports Marketers Scouting Report and a creative director at Baker Street Advertising in San Francisco. He said he thinks Nike will now consider using him in some of its spots.

“There’s a big demographic that could certainly see him as a role model and a pioneer,” he said.

Before he became the first active athlete from one of North Americas four major professional leagues to come out as openly gay on Monday, most non-NBA fans had probably never heard of Jason Collins — a role player now in the twilight of his professional basketball career. His bravery in breaking down that barrier instantly made him a famous name with the sport of powerful personal story that marketers crave. But Bob Dorfman, a creative director at Baker Street Advertising and a nationally recognized sports analyst and author of The Sports Marketers Scouting Report, says companies will have to tread lightly when trying to capitalize on Collins story.

Companies will respond very positively, said Dorfman. It would have helped if he was a bigger star. Hes not exactly a household name or a household face. Its not like LeBron James is coming out, or someone is a more well-known athlete. Still, the LGBT market they say is close to a $1 trillion market in buying power. There is a lot of opportunity there. There are a lot of gay-friendly companies that would want to use him in a positive, uplifting sort of message. But there could be a little backlash, where people could say that company is just using this gay athlete to take advantage, to make a quick buck off of him. A company would have to be very careful about how they talk about him as not to be perceived as just taking advantage of him and of the moment.

There are companies who are more gay-friendly than others. Think of Target, Levis, Apple  some companies have done advertising to that market or at least shown affinity for the market. Then there are conservative marketers like Chik-Fil-A and Walmart who would not likely be attracted to that market.

Then I would expect there would be lots of offers for book deals and speaking engagements. People will be very eager to hear his story, how he has dealt with this, why he decided now to come out. He could do very well financially with the extra stuff. A lot of people will reach out to him and will want to meet him. Hell be very well-received. I believe it could be worth some seven figures to him. He may be a marginal basketball player, not a star, but it could be worth that much to him in marketing opportunities.