Dribbling for Dollars: Which Miami & San Antonio players will score on Madison Ave?

A player on the championship Miami Heat team can expect to score a low six-figure bonus payout, a shiny new $30,000 ring, and bragging rights for a lifetime.

But thats small change compared to the millions of dollars in endorsement deals, speaking engagements, appearance fees, memorabilia sales, reality show gigs and other marketing opportunities that this Finals triumph can unlock.

So which Heat playersand Spurs, if anyhave the best shot at scoring big on Madison Avenue? Who gets the Wheaties box, trip to Disney World, milk mustache, talk show gigs, guest spot on Dancing With The Stars?  Heres how this ad guy rates the commercial talent: 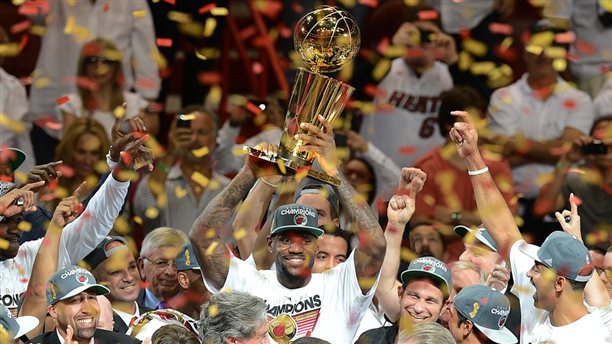 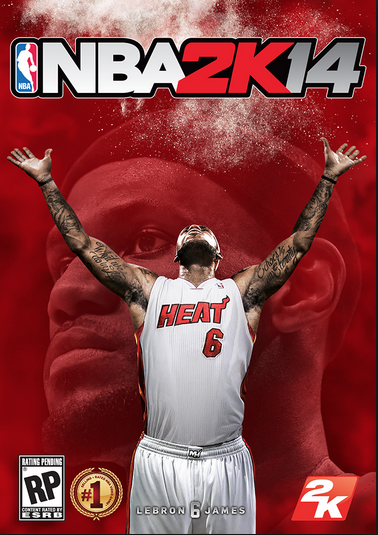 The LeBron brand is global, his celebrity transcends his sport, and his appeal crosses all demographics. Except, perhaps, the Cleveland market. And at 28, hes got plenty of big yearsand ring opportunitiesahead. And though his marketing dance card is very full, there are still openings for automotive, financial institutions, mens fashion and grooming products, Eau de LeBron cologne, King James Triple Double BBQ Sauce, Gentleman James bourbon, and more. LBJ has been taking himself very seriously these days; might be nice to see his sponsors inject a little more humor into his ads, as Sprint does with Kevin Durant, Kia does with Blake Griffin, and Nike did with The LeBrons. But if you want King James to pitch your product, it better be a multi-year deal for a global brand and/or an equity stake. And you better have at least seven figures to offer.

Dwyane Wade.  With three rings, two cute kids (co-stars in his Dove for Men campaign), and one hot girlfriend (actress Gabrielle Union), its no wonder D-Wade pulls in $12M a year in endorsement earnings. Hes a familiar name and face to even the most casual hoops fan, a style icon, and an engaging personality. 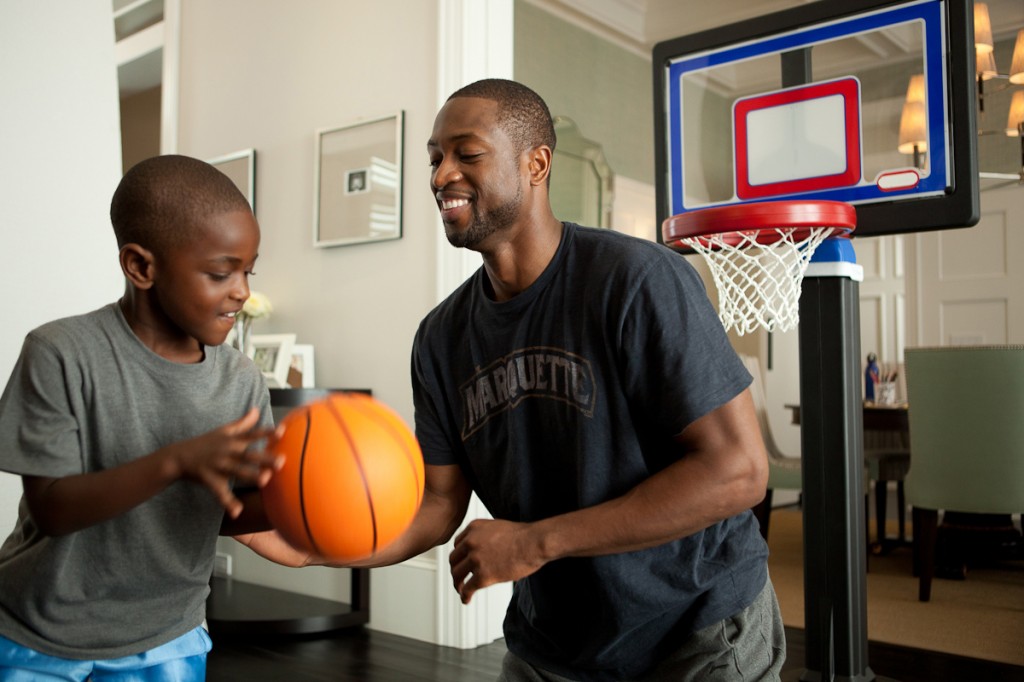 His current Gatorade spot with Kevin Durant is one of the years best sports ads, and his recent jump from Nike to Chinese sports brand Li-Ning, while risky, could prove to be a very shrewd and lucrative move. At age 31 and seemingly always battling injury, Wade is not the player he once was, but now definitely qualifies for an Advil ad. His fashion-forward sense could score a campaign with any designer menswear brand, and his focus on fatherhood could drive a deal with any family-car maker. Wades fame as a flopper might also make for a funny life insurance ad. Or team him up with LeBron in a flop-off for a McDonalds Big Mac Meal. Though Wade may not be as viable a long-term investment as LeBron, if his health holds up and the Heats Big Three stay together, hes definitely a worthwhile marketing spend. Just avoid any deal over five years

Tony Parker.  Major advantages: he owns three rings, is talented, sexy and French. Major disadvantage: the French part. And the less said about his 2007 French hip-hop CD, the better. Like D-Wade, Parker also recently jumped from Nike to a Chinese sports brand: Peak. One the NBAs top point guards, hes by far the flashiest and most charismatic player on the workmanlike Spursbut thats not saying a lot. The fleet-footed Parker could endorse any athletes foot medicationTinactin, Lotrimin, Lamisilor any product built for speed. And the French connection makes him tres apropos for Grey Poupon, Evian, Air France or McDonalds french fries. Getting back together with ex-wife Eva Longoria might be a smart career move, too. But unless Americans can overcome their suspicion of the French to embrace Parker as a marketing icon, his best shot may be in a European campaign. Ultimately, TP might not even need the endorsement income. After his cornea was lacerated by broken glass during a nightclub brawl between Drake and Chris Brown last year, he filed a $20M lawsuit, still pending.

Tim Duncan.  A player whose talent exceeds his personality. No flash, no style, little charisma, few endorsementsjust four shiny rings and a future Hall of Fame spot. Duncan treasures his privacy, and turns down most marketing deals. But as hes in the middle of a messy divorce, a few extra million bucks might come in handy. The right advertiser could easily turn Tims dullness into a positive: Black & Decker or Dodge trucks could play off his workmanlike efficiency, Sharp electronics could use him in an HDTV campaign titled Dull guys need Sharp, KFC could use his trademark bug-eyed look of surprise for an I ate the bones! ad. And of course, Duncan for Dunkin Donuts is a natural. Or how about a Snickers Youre not yourself when youre hungry spot, with Duncan sitting passively until he bites into a bar, then transforming into his real self: Charles Barkley. 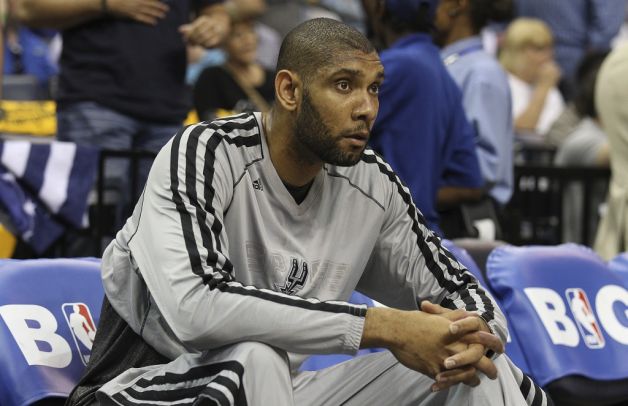 The Big Fundamental certainly offers some big plusses for advertisers: hes highly affordable for a superstar of his caliber, scandal-free, and will never overshadow your product. The big minus? He doesnt care about your product.

Chris Bosh.  A player whose personality exceeds his talent. Often the third wheel of Miamis Big Three, invisible for long stretches, ridiculed for his softness. But off the court, a genuinely nice, intelligent and articulate guy. An avid reader, Bosh could pitch Kindle or Nook; his knowledge of computer coding qualifies him for deals with Apple, Microsoft or HP; and his softness could work for Kleenex or Charmin toilet paper. His disappearance in Game 7 might even nab him a Vanish toilet bowl cleaner spot. And wouldnt you love to see the reptilian Bosh pair up with the Geico lizard? 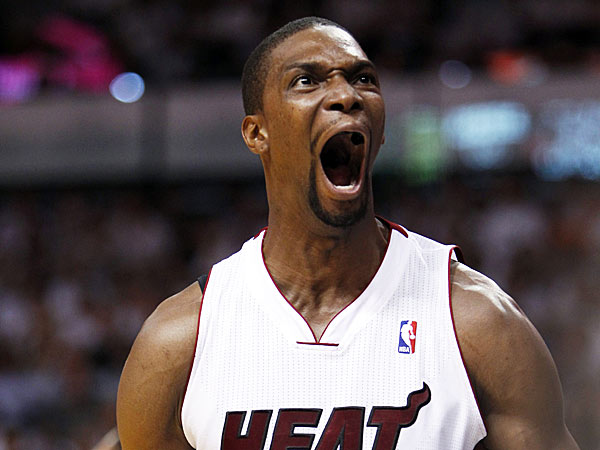 If its a Heat player youre after, but you cant afford LeBron or Wade, give Bosh a shot.

Kawhi Leonard.  Breakout series for Kawhi, only 21. a player with future superstar potential. Leonard prefers driving his Chevy Malibu over his brand new Porsche, because he says it gets good gas mileage.” Perfect for a Chevy testimonial. Sign him soon before he gets expensive.

Manu Ginobili.  The only non-American player to own an NBA Championship ring and an Olympic gold medal, Manu is fluent in three languages (Spanish, Italian, English), and huge in Argentina and Italy. But the Manu magic seems to have left the building. His penchant for turnovers could land him a Pillsbury deal, and his male pattern baldness is perfect for Rogaine or Propecia. But like many of San Antonios players, Ginobili is not made in America, and may best be suited for campaigns in South America or Europe. Especially considering his dismal Finals performance.

Gregg Popovich.  Any Pop interview with a sideline reporter is a perfect scenario for a Southwest Airlines Wanna get away? ad. And the finish of Game 6 certainly qualifies him for a Maalox deal.

Ray Allen.  His 3-pointer to send Game 6 into OTand save the Heat from an off-season of massive disappointmentwill go down in NBA history as one of the all-time greats. And t-shirts and photos commemorating that shotheadlined Jesus Savescould bring Ray some big money. A borderline obsessive-compulsive, Allens quirkiness may be too challenging for most advertisers to deal with. But his rigorous pre-game ritual would be an interesting subject for a mental health PSA or a Dr. Phil episode.

Chris Birdman Andersen.  Too freaky for most mainstream advertisers, but could work promoting the next edition of Angry Birds. Or any Wingstop franchise. Or how about the Birdman to spice up the next season of Dancing With The Stars? 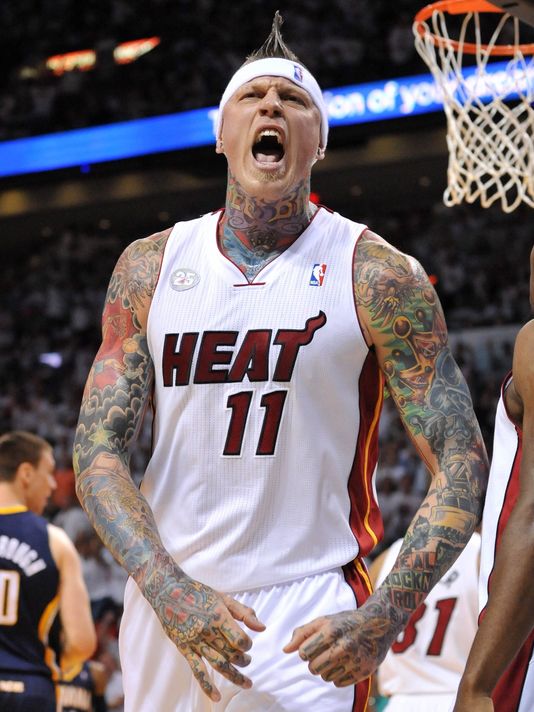 Shane Battier.  Stepped up huge in Game 7. Arguably the smartest player in the NBA, Duke-grad Battier could help sell Intel, Oracle or any smart phone maker.

Erik Spoelstra.  Led the Heat to their second consecutive ring, and wont get enough credit for it. But with NBA interest booming in the Philippines, the leagues first and only Filipino-American coach could score big for Philippine Airlines or Philippine Brand dried mangoes.

Pat Riley.  The Heats President now owns nine championship rings. Good choice for any jewelry polish. And as owner of the three-peat trademark, another Miami ring next season could prove very lucrative to Riley.

Danny Green.  Was thisclose to a Finals MVP award, but someone forgot to tell him the series is seven games, not five. Green will have to settle for the record for most three-pointers in a Finals series, which makes him a possible choice for any long distance carrier. Or, of course, any local San Antonio green product or service.

Rashard Lewis.  In his 15th year in the NBA, he finally gets a ring. Good story for a never give up ad message.

Tracy McGrady.  Former NBA scoring leader was strictly a Spurs garbage-timer, which might earn him a deal with Hefty trash bags.

Udonis Haslem.  Needs to bring back his cornrows and fashion them into brand logos or paid political messages.

Mike Miller.  Nice hair for a womens shampoo ad. And his one-shoe three-pointer in Game 6 could spark a new 50%-off sneaker promotion. Or a high-traction sock deal.

Mario Chalmers.  Only if you cant afford one of the Heats Big Three.

Patty Mills.  Should nickname himself General Mills and shoot for a cereal deal.

DeJuan Blair.  DeJaun is not DeOne.

James Jones.  No one will be keeping up with this Jones.

Bob Dorfman is a Creative Director at San Franciscos Baker Street Advertising, and a nationally recognized sports marketing expert whose insightful and pithy punditry has been featured on ESPN, Fox, Entertainment Tonight, CNN, CNBC and NPR, and in Sports Illustrated, Entertainment Weekly, Sporting News, The New York Times, Wall Street Journal and other major media. Since 1989, he has been writing his Sports Marketers Scouting Reports on the Super Bowl, World Series, NBA Finals, and the Summer and Winter Olympics.

or by e-mail at: bdorfman@bakerstadvertising.com