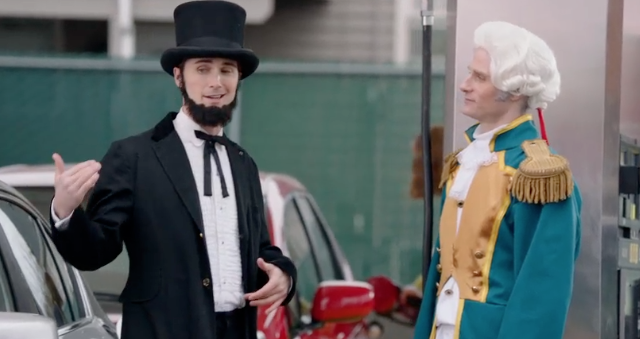 Big thanks to our hipster Presidential actors, JJ Johnstone “George” and Dallas Bryant “Abe” (especially George – who fought through the flu the whole shoot – notice we leaned him up against the car all the time yea, he was that sick) and our top notch production crew.